Mouse Extermination In The Philadelphia Area

Did you know that in 2017 Philadelphia was rated the most mice and rat infested city in the nation? Each year Bloomberg news agency analyzes the US Census Bureau’s annual American Housing Survey data to rank American cities, and they reported the City of Brotherly Love is infested—heads and tails above any other city.

Contrary to cute cheese-eating cartoons, mice mainly eat seeds, plants, fruits, and nuts. When these are not available, they will eat any food you have available. They will not only cause damage to your property but they are also a serious health hazard to anyone coming in contact with their fecal matter.

Before you panic, call on the expertise of Prodigy Pest Solutions in Philadelphia.

There are three types of mice that are notorious property invaders. 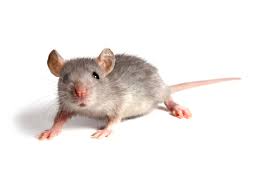 As their name suggests, these gray or light brown colored rodents are primarily found in residences. They are rapid breeding urban dwellers, reproducing 7 to 10 times per year with a litter of up to 7 pups and a lifespan of 1-2 years. 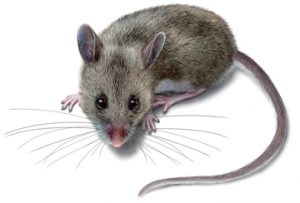 Sometimes called “field” mice, they are primarily found in wooded areas, and look similar in coloring to deer. They are the main carriers of the Hantavirus, a potentially fatal respiratory disease, which is carried in the stool and urine of Deer mice.  When indoors, they gravitate to less populated areas like attics and basements. They reproduce 2-3 times a year, giving birth to 3-5 pups with a lifespan of up to 2 years. 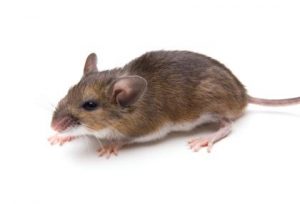 Similar to Deer mice, they are also “country” dwellers. They are light brown with white underbellies and feet. They primarily live in wooded areas, but they do find their way inside during cold weather.  They are the main carrier of the Lyme disease tick.

In general mice, nests can hold between 12 to 24 mice depending on their stages of development.  They breed rapidly and anywhere you store food is a potential place for mice to infest

When you discover a mice infestation, it’s far better to call on the expertise of Prodigy Pest Solutions. But there are several interim solutions.

Mice infestations can cause a number of health concerns. Leading illnesses include salmonella and Hantavirus. Both of these illnesses can occur from mice fecal matter. Mice may urinate or leave droppings on food or surfaces where food is handled. Their fecal matter also can become airborne, causing victims to inhale it.

According to the Center for Disease Control, in the Mid-Atlantic region, white-footed mice and deer mice are two breeds largely responsible for transmitting Hantavirus. Hantavirus symptoms are similar to the flu in early stages. If left untreated, it can develop into a life-threatening respiratory disease called Hantavirus Pulmonary Syndrome. Other illnesses include the plague—which is contracted from mice hosting fleas infected with the virus—and lymphocytic choriomeningitis. These latter two are caused by inhalation of airborne fecal matter of infected mice.

Mice breed quickly. As fast as you get rid of one or two, more come. Also, although mice are curious and may investigate traps, leading to the initial capture of some, they learn quickly. Prodigy Pest Solutions has the skill and years of experience to outsmart smart mice.

Our vehicles are unmarked to ensure a discreet and confidential service at your home or business!

Our goal is to solve your pest problem, and that is exactly what we will do! Your satisfaction is guaranteed.

We are humbled and honored to be voted Philadelphia’s Best Bed Bug Removal Company. Here’s what some of our customers say about the Prodigy service. Read the complete list of testimonials here

I just want to say how great the service was with Prodigy. Starting with my first phone call to the completion of the job. Their work ethics are truly honest and extremely compassionate to your needs. They have incorporated the old fashion service that I once knew that is very rare today. I would highly recommend Prodigy for all your extermination needs. Go Prodigy. Thanks again!!!!

These people are honest and they have given me the peace of mind I feared I’d never have.  Cannot say enough about this company.

If you’re looking for a good, truthful exterminator, call Prodigy. They will quote you a fair price, they stand behind their work and really took care of all my concerns and issues.

Got Pests? Get a Solution!

Stop living with the fear or discomfort of a pest infestation. Let the experts at Prodigy Pest Solution develop a plan that is effective and safe for your home.

PROTECT WHAT MATTERS MOST

We take a chemical free approach to bed bug elimination  – using the natural power of Heat Treatments to completely rid your home of bed bugs. Safe for kids, pets, and your family.

What can we get you information on today?